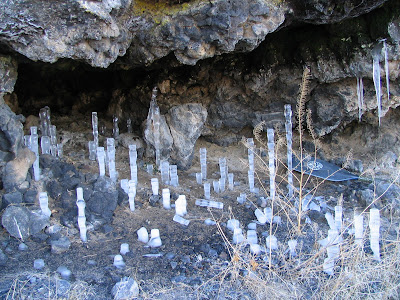 Most people, when you ask them why they paddle, they are quick to respond that they paddle because it is fun. Nothing more, no further explanations and no more in depth than that, because it is fun is suppose to explain why you put yourself on a river, in a tiny boat and run the risk of drowning. Because it is fun is suppose to explain it all. For me, I don't think it does. Paddling is a way to escape the mundane day to day grind of a life that feels lackluster at times, a life that for me, feels as if the primary concern of people around me is money. Which, for them, translates into success.

Because it is fun does not describe why I would put myself in situations where I'm frightened and scared, stuck in a canyon and watching a friend of mine have a melt down and be so overwhelmed with the seriousness of the situation that he begains to cry because the next drop is mandatory, no option to portage and no way out of the canyon. It does not explain the reason why I have nearly drowned and friends could do nothing but watch and hope for the best, each of them unable to help as the strong currents pulled my body downstream and slamming it into rocks while I struggle to survive. It is not the reason why I have watched a dear friend come moments from losing his life in a cave while pinned in his boat. Stuck there for seven agonizing minutes, and no matter what any of us tried to do, we were powerless to control the outcome. Nor does it explain the reason why a hero and mentor of mine dies on a river he knew better than anyone else, a river that he had probably paddled more times than most everyone I know combined while his friends did everything they could to rescue him, even putting their own lives at risk, only to be moments too late to do any good at all. Because it is fun does not do justice to paddling or the meaning it holds to each of us. It is merely an insult to what we all hold true and dear to our hearts, to what we believe in and live for, for what we make our lives and dedicate our spirits to. The answer “because it is fun” does not describe but one facet of what kayaking truly is. For me, to kayak is to try to understand myself.

Does this mean I have a death wish? No, I don't think I do. I do not want to die, but I also don't want to live a halfhearted life either. I don't want to suffer through the mundane day to day existence I see others living. People work their whole lives saving for retirement, never spending time enjoying life always putting off spending time with the people they care about for another day, never taking time for themselves. Working their lives away, only to die of a heart attack the year before they retire and for what? You’ve got it, nothing. So maybe they left their children a big house or a nice car, maybe a little money. But who cares. Who needs the newest cars, the biggest house or the nicest things?

Think back to your childhood, what are your fondest memories? Are they about money or a big house or a nice 401K? I doubt it. They are the simpler pleasures that you remember. Maybe it was playing catch with your dad, or a camping trip. It’s these simple things that will stay with you. Not how much you made last year. Are you going to sit your grandchildren on your knee and tell them the story of how you made $75,000 during ’07? Or, will you tell them of an amazing paddling adventure you had, about camping out on a secluded beach with nothing to survive on but your own guts and instincts, all the while being surrounded by nature and your closest friends to whom you trusted your life. Maybe the story of how the river was flooding higher then it had been in 20 years and you together with your friends somehow managed to make it down will be something more meaningful than that bonus you got for working all that overtime without pay.

As a child, I always dreamed that if I would have been born 150 years ago, it would have been better; there would have been the chance of being something simple. A trapper maybe, struggling against the elements to get nearest outpost to get supplies to survive the next winter, mining for gold, living off the land and surviving any way I could. A character straight out of a Jack London novel doing anything to survive, getting no more pleasure out of life than waking up each day to more hard work and the satisfaction of just being.

But I live in the now, I live in the age of Google and McDonald’s, the time of Starbucks and rush hours, where the closest I ever have to come to struggling for my existence is ordering a burger with no pickles. In today’s society, adventure is a genre of movie and survival is this cute show on television. It’s all a copout. Maybe we as kayakers are the people that belonged in the last era, during the time of living off the land and mining camps, just struggling to survive. Battling with the elements and enjoying each night around the campfire telling tall tales. Maybe it is something in our blood, to go out and explore, to see what is in the bottom of a canyon, camping on beaches, sitting around a fire, telling tales into the early morning. Hurting from the day’s labor but ecstatic that it went so well. Knowing it could have been better but happy just the same. Looking up at the stars and just being alive. Maybe that is the draw to kayaking. It wipes away all the delusions and ego and breaks you down to what you truly are. It keeps you humble and true to yourself. A paddling trip into a secluded canyon is like stepping back into time, a chance to live the live of an adventurer if only for a couple of hours. Maybe this is why I paddle.