I've been getting cabin fever for the last several weeks now that the rivers by my house are frozen solid. 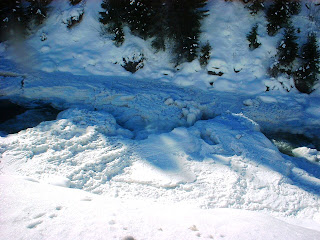 My great idea of living in Banks Idaho has been questioned several times by myself and others during this unusually cold winter. So out of desperation a few of us decided to meet at the gutter for a low water play session.

We get there to find some ice, but the eddies are still accessible and Travis Cox, Steve Obert and myself decided to play a bit, I think the air temp was right around 20*. All I know is that ice was just barely freezing to my gear. It wasn't too bad. 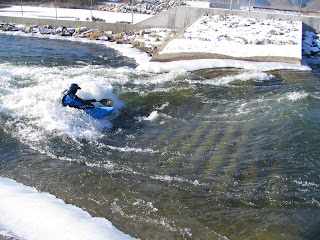 Both Steve and Travis were having fun on the top waves, I took advantage of that and played like crazy in the bottom hole until I had a massive ice cream headache. 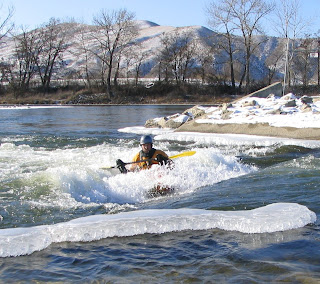 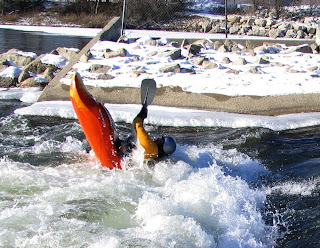 It ended up being a very fun day on the water. With the best weather we could hope for on a sunny January day. Although I will be happy when spring arrives that way I can start hitting some stuff.