Travis Cox and myself decied that we needed a white water fix so we headed over to Box Canyon to huck. Box Canyon has about a 20' waterfall and is about a 2 hour drive from Boise. The nicest thing about Box Canyon is that it runs all year and has warm water. The water comes from the largest freshwater spring in North America, or so i am told...

The entire experience of going to the fall is spectacular. Its a hidden oasis in the middle of corn fields and cow pastures. We parked next to a truck dumping poop into a field and started getting ready for the hike into the canyon. This will be Travis' first huck session. 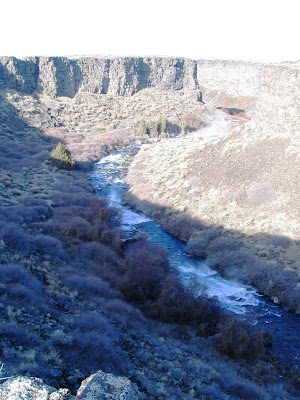 From the canyon rim looking into Box Canyon

Travis took some really neat pictures of some ice formations, as soon as i get them i will post them.
****
The waterfall is fairly streightforward with a deep pool. Up above and down below the waterfall is some nice fun class 3-4 boogie water to hit as well. The water is some of the prettiest i've seen. 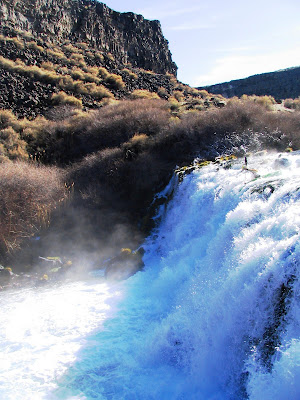 My first huck of the day i entered at a nice 45* angle and barely got my hair wet. 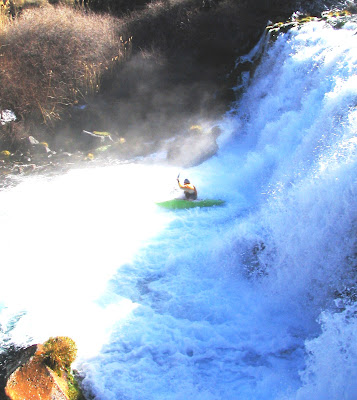 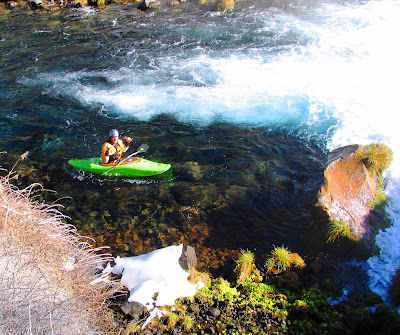 Travis wanted me to run it again and i ran the entry a little far right and had to work left at the lip. I ending up flipping at the base of the falls but no problems. 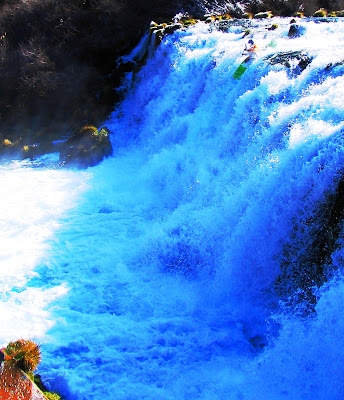 I had to adjust on this one and move left at the lip... 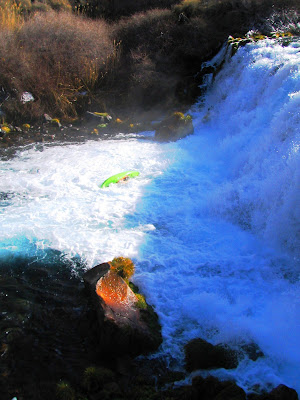 A little flippy flippy action.
While throwing my paddle up to Travis from the base of the falls, the blade caught my finger and went into the curtin. I watched it flush and dove in after it in the pool. After watching all this Travis decied he wanted to give the falls a shot.

His first run he flipped at the base of the falls, rolled up and yelled over the roar that he wanted to try that again. 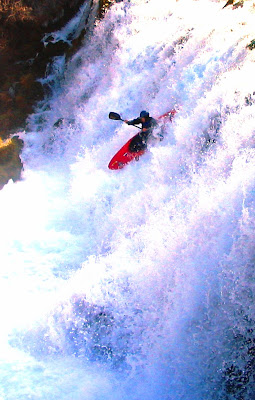 Travis making his first attempt.
Travis' second attempt at the falls was textbook perfect. He plugged the line went deep and surfaced upright. 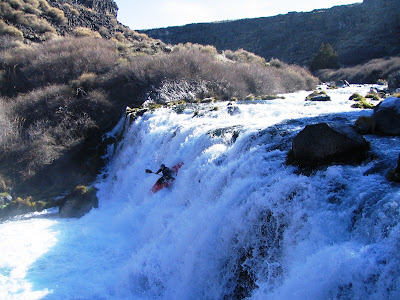 Travis styling his second run.
We decided to call it a day and head to bliss wave. Which neither of us had been to but we had both heard it was good. 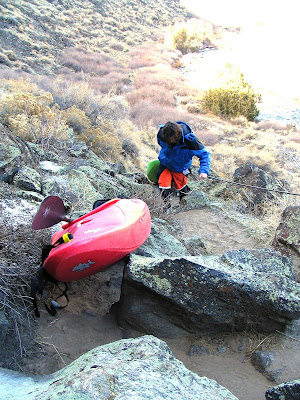 Author on the hike out of box canyon.

We rested on the canyon rim and took some photos, ate some jerkey and discussed our plans for comeing back. 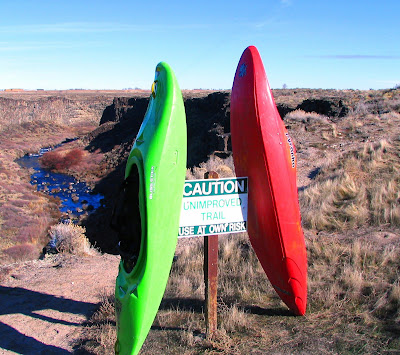 We never did find the bliss wave that trip, the directions I had weren't the best and I was in a hurry when i wrote them down. 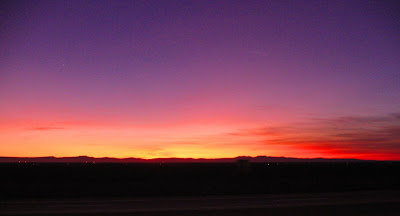