Squirt Boat Self Support and some exciting news 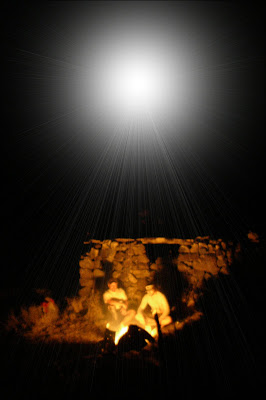 Scott Sills and I sitting around the fire.


This year has been an interesting year for kayaking for me. I have been on numerous new runs including several that I have wanted to do for a long time now. Early this spring I was fortunate enough to get on a high water Illinois River trip in Oregon, and 2 months later a West Fork Bureau trip. In fact, every month this year I’ve done at least one multiday kayaking trip. All were unique experiences that I wouldn’t trade for anything. 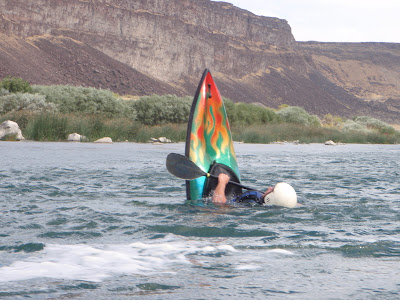 Scott getting a sweet ender in the eddy line in his fully loaded squirt boat.


August probably saw the most unique multi day I have ever heard of anyone doing before. My buddy Scott Sills and I came up with this crazy idea to take our squirt boats out on an overnight trip. Now for those of you that don’t know what a squirt boat is, they are ultra low volume fiberglass kayaks that are made for sinking in eddy lines. In fact, when you are in a squirt boat, you are approaching neutral buoyancy and oftentimes find yourself all the way underwater getting swept down in whirlpools and disappearing through waves. Some think that this is incredibly scary, but to me, it’s just plain fun! 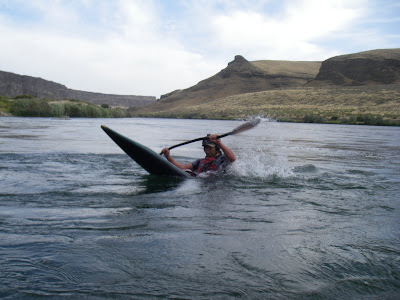 Me surfacing from a mystery move at this great spot we found on the way down stream.


So anyways, back to the story, Scott and I decided that we would squirt boat the Birds of Prey section of the Snake River in Idaho from below Swan Falls Dam to Centennial Park, roughly 10 miles. To run our shuttle we took our mountain bikes and rode upstream from the takeout to get our kayaks, stopping at old stone homesteads on the way and riding onto and off of the large melon boulders scattered throughout the ride. 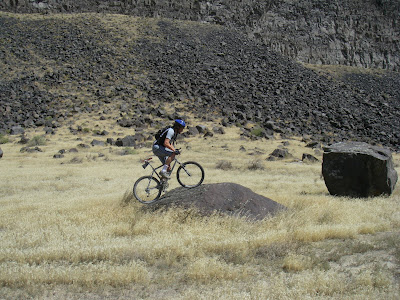 Me riding the Mellon Bolders 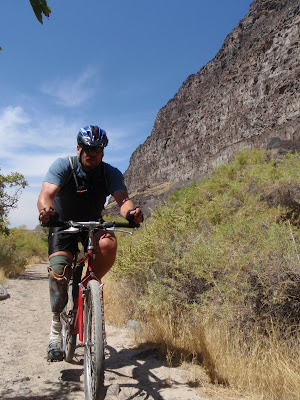 Scott cruising down the trail to the squirtboats

After goofing off for several hours riding the boulders, we got all loaded up in our squirt boats and pushed off down stream in our FULLY loaded squirt boats. In fact, in mine I had a sleeping bag, ground pad, tarp, 3 ears of fresh sweet corn, 4 summer squash out of my garden, 5 - 24 oz beers, a full bottle of Patron tequila, fishing pole, worms, fishing tackle, 2 water bottles, and numerous other, smaller items. Oh, and I forgot to mention, a 20 oz steak for dinner. So, needless to say, when I pulled across the eddy line the first time I sank over my head and cruised downstream on the underwater currents before resurfacing, only to get endured several times in the eddy line. I looked back, and Scott was having the same results. It was great fun! 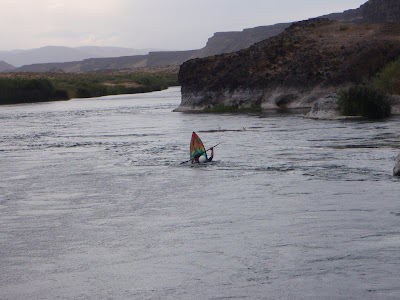 Scott playing at a fun spot we found in his fully loaded boat.

We cruised down stream for a ways, playing as hard as we could in the continuous eddy lines and boils, pirouetting and mystery moving in every feature we could find (which were many) before the up-canyon wind started, causing us some havoc and discomfort trying to fight it. There were several times that the wind was blowing at us so hard that 2 foot waves were breaking upstream and we struggled to get to camp.

We decided to camp inside an old homestead, taking advantage of the shelter it provided from the wind and rain. 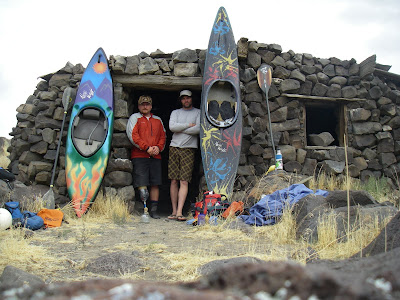 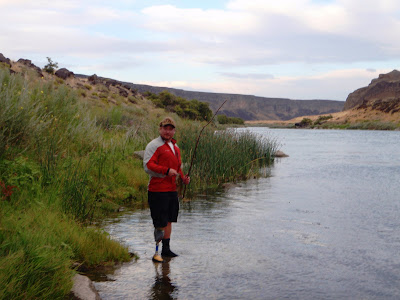 Scott fishing for his dinner using a willow stick. He caught the biggest fish.

We spent the afternoon fishing for the surf portion of our surf and turf dinner and Scott caught a very nice bass off of a willow stick and a piece of string while I caught several smaller bass off of my pole I brought in my squirt boat. 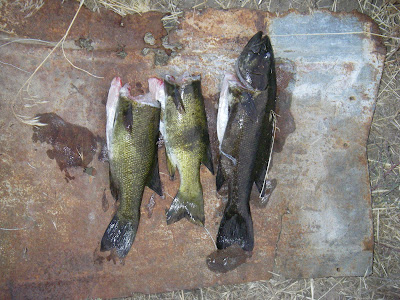 Course #3 of dinner. Scott caught the big one on the right.

After catching enough fish for dinner, we decided to start cooking. Our meal consisted of summer squash, potatoes, and corn on the cob, followed up by juicy steaks and bass seasoned to perfection with fresh lemon and limes and cooked over an open fire. All washed down with Margaritas made with Patron Tequila. We were living in the lap of luxury. No freeze dried meals for us on this trip; everything was 100% fresh as could be.

That night, we stayed up late and hung out around the campfire, enjoying the full moon and the awesome experience that we were having less than an hour from our homes, finally falling asleep inside the old homestead, listening to the rain patter on the tin roof.

We woke up in the morning, nice and refreshed, me realizing it’s my birthday and I couldn’t think of a better birthday morning than waking up and loading my gear back into my squirt boat to paddle down to the take out.


Scott and I have been doing a multiday self support kayaking trip every month of the year so far. It all started in the parking lot of Banks, Idaho after doing a winter kayaking run last January, and its just kept going. Well, the year is about to the end and we have one final trip coming up. Our December trip. All year long we talked about what the ultimate self support kayaking trip would be for the final trip of the year. We tossed several ideas out there, the Main Salmon, the Main and the Lower Main Salmon, something in California, the Rio Grande, we even kidded around about the Grand Canyon of the Colorado. Well, last month we finally decided what we were going to do for our grand finally. We are going to spend 15 days living out of our kayaks on the Grand Canyon. We were fortunate enough to draw a December 3rd permit. It will only be Scott and I on this trip and we will both be taking large whitewater kayaks and plan on taking lots of photos.

Also, while we’re on this Grand Canyon trip, I plan on wrapping up the filming of Campfire Stories and when I get back, I will be sitting down and editing the film from the last few years into an hour long film for release this spring. I will have more details on that soon although I will tell you that the film will have some great footage of high water North Fork of the Payette (8000 cfs), high water South Fork Salmon, some great flows on Succor Creek, high water on Bear Creek in Montana, high water on the Milner Mile, a few adventures in Wyoming, a lot of flows on the Middle Fork of the Payette Steeps, and some pretty cool waterfall action including the 2nd decent and first successful descent of the Charlie Beaver Drop on the Malad Gorge directly under I-84 by Seth Stonner. Plus there are going to be a few other surprises along the way including some roadside creeks here in Idaho with some really fun class 4+ rapids and ledges as well as some gnarly carnage and broken boats! It should be fun.

Well, I'm off to go pack for the big ditch and then get down to some serious editing.