Exploring Creeks in the Payette Drainage

Its been a while since I've posted anything on the blog. But I've been keeping busy... Lots of North Forking now that we are above winter flows. In fact I've gotten out 15 of the last 17 days and the other two days i was doing something boating related.

I was once told that i was "wasting my time" looking for creeks on the Payette River Drainage, and "there wasn't anything good left to be discovered." Well, I've got something good...

The creek is about 2 miles outside of Horseshoe Bend. In fact you've driven over it many times while going to the Gutter for a play session. It doesn't look like much and is in fact very low volume. But the drops are fun and the last one is HUGE!!!

I had looked at this creek last year and had written it off as nothing but a jumble of boulders. It was "re-discovered" almost by accident. I was planning on meeting Travis Cox at the Gutter for a little playboat session. When we got there, the bladder dam was down and the gutter was high and dry, no play to be had. We debated a South Fork Payette run but decided to go check out Harris Creek Road instead.

Driving up that way I barely had enough time to explain what i had found last year at low water before we came to some really fun looking water. (pictured below) 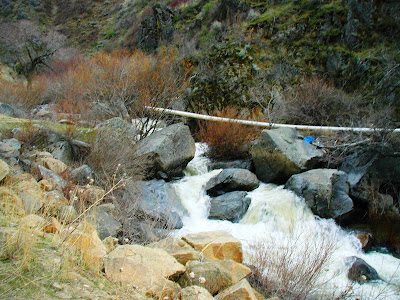 We parked here and walked up stream. Looking at all the fun little drops and i decided it was all do-able class 4 but the last one was really tough with undercuts everywhere that you just have to see for yourself!!!

I wanted a third person there for safety before i would run it. So the decent had to be put off till another day. Plus i had to go meet my buddy Randy for a Lower 5 run at 6:00 and it was already 5:30.

All evening the only thing i could think about was the drops, the lines, and the fun that creek would be. I couldn't get it out of my mind. So I made some phone calls. Micah Kindal, Dusty Stonner, and Sam Ward came out the next day, currious of what i had been hinting to on the phone. We all drove to the creek and immediately we set off to scout the entire run, picking our lines and ultimitely deciding to run the South Fork because we thought the flows were way up on it and none of us felt like dialing up the big one. The creek would have to wait for another day.
After getting off the South Fork, we all hatched a plan to run it after work the next day.

The next day, only Dusty showed up with a buddy of his (cant remember his name, but I will post it as soon as i find it out). But Dusty had brought saws and a hedge trimmer. The flows were quite a bit lower than the day before, but we got some good news from a passing by rancher. We were told that after 2 days of heavy rain the creek will be almost up to the road any time between January and June.

We set to work cutting out all the brush hanging into the creek, making the lines a bit wider. In doing so we uncovered several very fun drops up stream. We worked on this the rest of the afternoon.

Here are a bunch of photos of the creek at lower flows:

This one could get pretty chunky at higher flows... 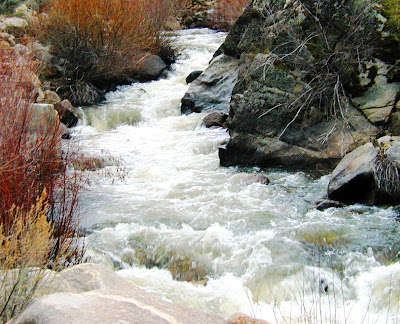 about a 5' drop in there somewhere, lots of drops like this... 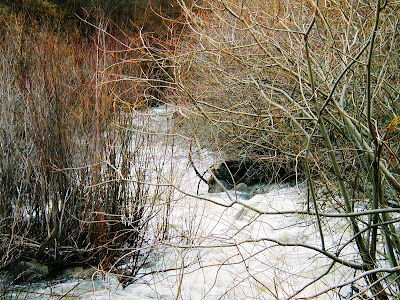 Photo of Flight Ramp through the brush, it lies just upstream of 50-50 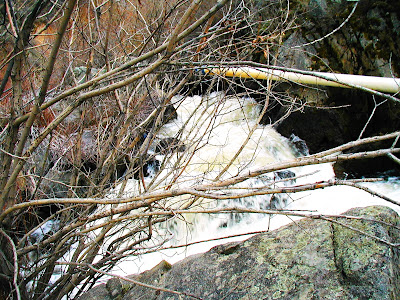 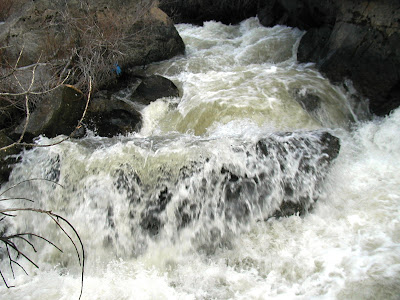 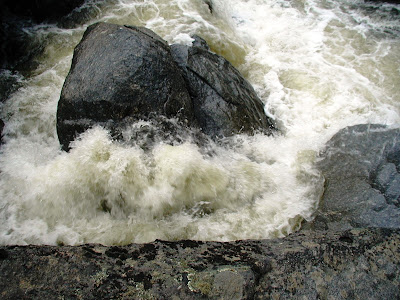 A better angle on the left side, the rock im sitting on is VERY undercut. 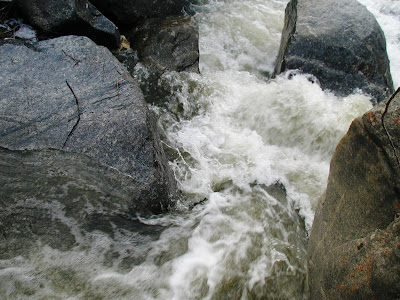 Low water photo of the stuff above Flight Ramp 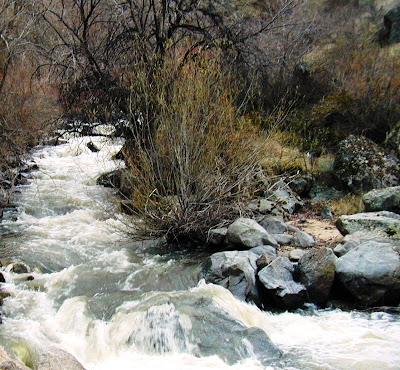 me cutting brush between Flight Ramp and 50-50 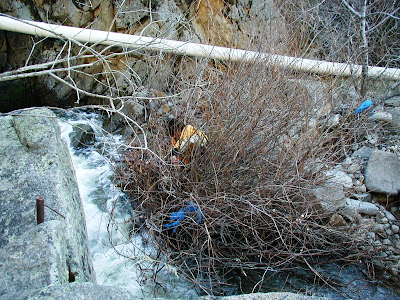 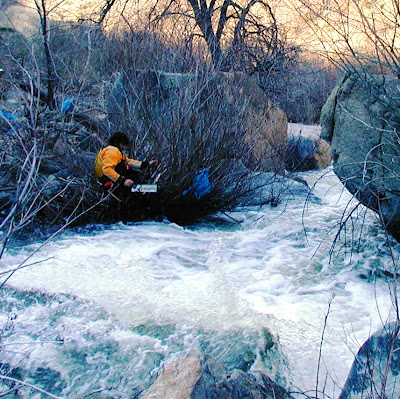 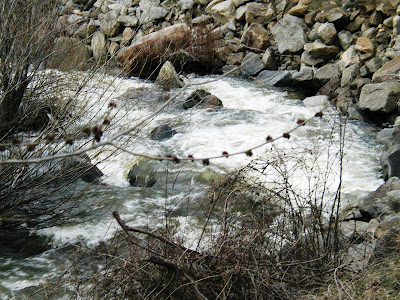 Dusty cutting brush on yet another 2-3' drop 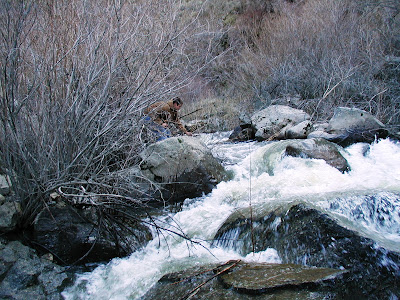 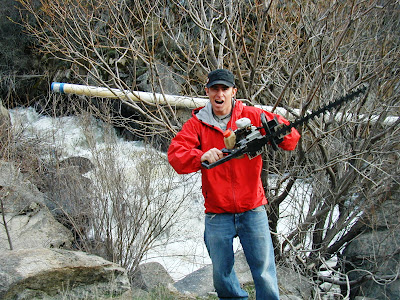 These are just some of the photos that we took while cutting out brush and doing some scouting. Its a sweet little run and steep. Its still a bit low, but Dusty is leaving for the Grand Canyon Sunday so we're going to get on it tomorrow (March 24th). Expect more photos of this one. It will be exciting to see what it does at higher flows...

Cool blog !!!I'm Max a 33 years old french canadian from Montreal . I invit you to my new virtual irish pub the McDuff ( jukebox ,arcade, drink recipes , and lot more...) See you there ,Max

you also can make a comment in my guest book...